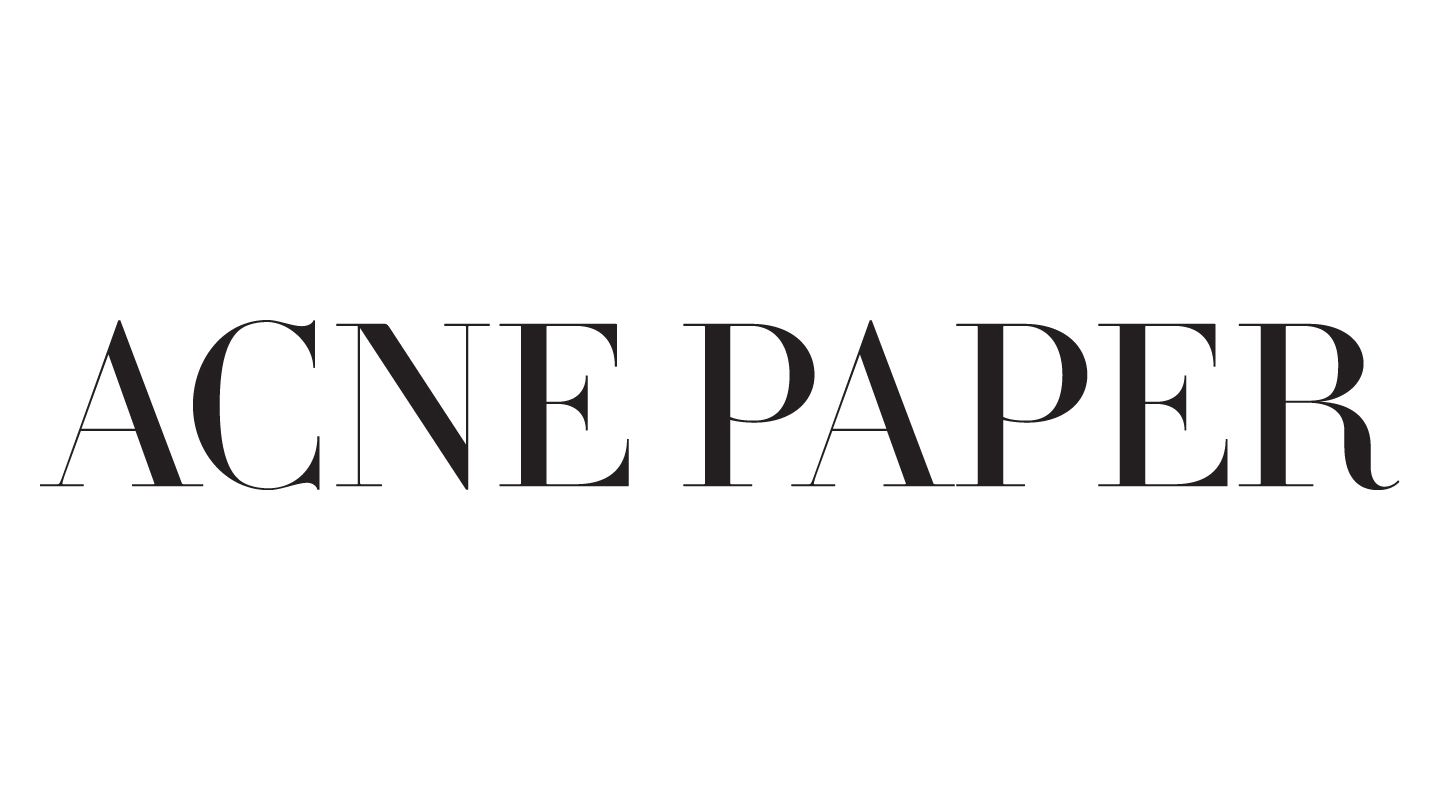 Following the launch of the Acne Paper Book in June 2021, Acne Paper is returning. Reimagined with a new design direction: expanding to 500 pages, a revised format and higher production values. The new issue is themed the Age of Aquarius.

Noteworthy for both its design and interdisciplinary editorial approach where the past informs the present, Acne Paper will continue to focus on culture in the broadest sense, exploring an eclectic variety of subjects through photography, fashion, art, literature and journalism.

Acne Paper was a biannual magazine that had a brief but remarkable life (2005 – 2014). Fashion spreads were just one element in an editorial mix that focused on culture in the broadest sense, with a keen eye on how the past informs the present. Narrated by a timeless theme explored through photography, art, literature and journalism, Acne Paper published the work of top level contributors from different generations and was admired for its elegant art direction and high production values.

Published by Acne Studios and edited by Thomas Persson, Acne Paper was never a brand magazine in the conventional style. While the fashion stories featured clothes from multiple brands, the editorial topics ranged from 15th century tapestry to LGBTQ culture, from master painting to street photography, from theatre to sculpture, from dance to meditation, to mention but a few.

When Acne Paper was relaunched last year, it arrived as a hybrid between a book and a magazine, reimagined in a new format and bold design direction: expanding to 500 pages. The new issue of Acne Paper has taken the idea of a hybrid one step further.

Part biography, part novel, part cultural art journal, part fashion magazine, this experimental and interdisciplinary issue is imagined around the story of Atticus: a fictional personality in the art world who will celebrate his one hundred year birthday during the Acne Paper launch in Milan this November.

The center piece of the publication is a written memoir by Atticus. Within its five chapters Atticus narrates us through his cultured life where he starts out as a dancer, first with Balanchine, then with Merce Cunningham, before becoming an art world personality. In his vivid reflections illuminating chosen moments of his life we meet a dazzling gallery of art world giants, dancers, musicians, writers, designers, architects and people Atticus has admired, encountered and befriended.

The relaunch issue includes fashion stories by Justin French and Ib Kamara, Julie Greve and Lotta Volkova, Jack Davison and Brian Molloy, Casper Sejersen and Imruh Asha, Sharna Osborne and Emilie Kareh, alongside profiles on contemporary artists such as Lu Yang, Melanie Bonajo, Nam June Paik, Anna Perach, Angelo Plessas and 2019 Turner Prize winner Tai Shani in conversation with her aunt and fellow artist, Ariella Widzer.
The new Acne Paper will also be dealing with current ecological and politically charged issues, giving a platform to progressive personalities of different academic backgrounds from around the world, from philosophers to activists, architects to scientists, historians to curators - pioneering professionals who are working innovatively with the urgent challenges we are facing.
Among them are feminist and anti-racist activist and author Djamila Ribeiro, counterculture philosopher Daniel Pinchbeck, multidisciplinary artist seth cardinal dodginghorse, ecologist and science writer Sam Gandy, explorer and psycho- anthropologist Dr. Lawrence Blair, natural environment architect Marina Tabassum, and farid rakun, founding memberof ruangrupa, the artistic collective that is helming documenta in 2022.
Other highlights include essays by Hilton Als, Robin Muir and Fritjof Capra, a biographical feature on the spiritual leader Jiddu Krishnamurti, and a cover jacket designed by the 23-year old Egyptian artist, Yousef Sabry.
From Indonesia to Bangladesh, Colombia to China, India to Mexico, the United States to Europe – from outer space to the deep blue sea, from our ancient ancestors to thinkers of tomorrow, all of this and more is featured in this issue of Acne Paper dedicated to the new astrological age we are entering: the Age of Aquarius.
Origine